Issue 7! Grab some coffee and let's do this!

Am I a Swiftie?

So who else is excited that Taylor Swift released a second surprise album of 2020 last week?

I would not call myself a Swiftie - ok, maybe I am a little - but as bad as this year has been, two surprise albums have got to make things better for at least her fans, right?

But what I really want to say is, NO ONE markets like Taylor Swift!

I started collecting vinyl records again and the way the market is now, I'm always looking for albums that might have some potential to grow in value. And honestly, I'm a giant Bon Iver fan and love the duet with Justin Vernon and the general indie turn Taylor Swift took with Folklore.

So my ears perked up when they announced they were taking preorders on eight different color variants of the Folklore vinyl. Each of them had different cover and gatefold photos and all of them sold out within the week.

I admittedly spent a few minutes studying the different offerings before ordering the one I thought might be the most collectable. Honestly, they all had the same potential as far as that goes, but you know the REAL fans out there bought ALL eight of them! Right?

That's part of the GENIUS!

But then when the album finally came, I opened the box and little star shaped pieces of colored tissue paper fell out. That's when I completely understood what all the young girls already knew - Taylor put those stars in there for me!

Ok, let's steer this trainwreck back to the point... It was those pennies worth of tissue paper stars that really made me take notice. That made me feel like they'd actually gone the extra mile.

What are you doing to make your clients feel that way about you? 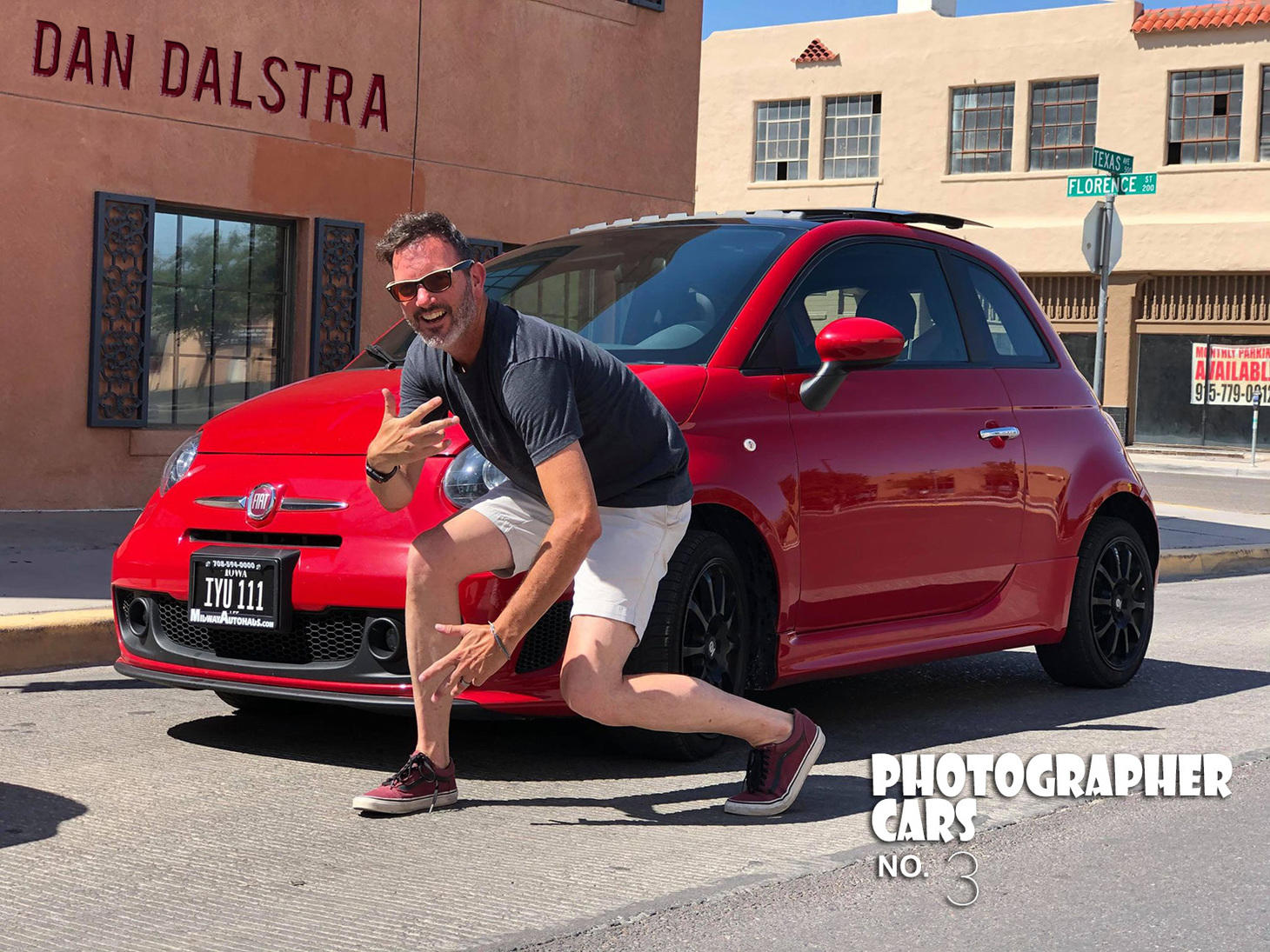 How many photographers can you get into a Fiat?

Dan Dalstra is clearly in love with his little red Fiat 500 Turbo. He even named it Luigi.

In fact, clients often see Dan tooling around his small town, shouting out the rolled down windows, "Look, it's a Luigi!"

These antics have brought Dan some notoriety with clients often asking how Luigi is doing. And as you might imagine, the answer is always the same... "He's a fine!"

Looking at Luigi, you may be wondering how Dan gets all his equipment into that little guy's back end. Two words... Flash and MagMods!

Dan is a MagMod Ambassador so he has a bunch of small portable lights with even smaller modifiers in his tool bag - All of which fit nicely in the back. Light stands slip easily through the hatch and into the back seat. And away he goes!

If you ask me, Luigi is a marketing stroke of genius!

A lot of our readers are Instagram Pros, but for those of you who need a little help here are 20 Top Instagram Tips to get you started.

A lot of good info there about hashtags, but pay particular attention to item number 12.

Instagram only give you a tiny bit of space in your profile, but in that space you must make sure your followers know what you do, where you do it and how they can hire you.

To help attain profile perfection, check out this article on the anatomy of a perfect Instagram profile. 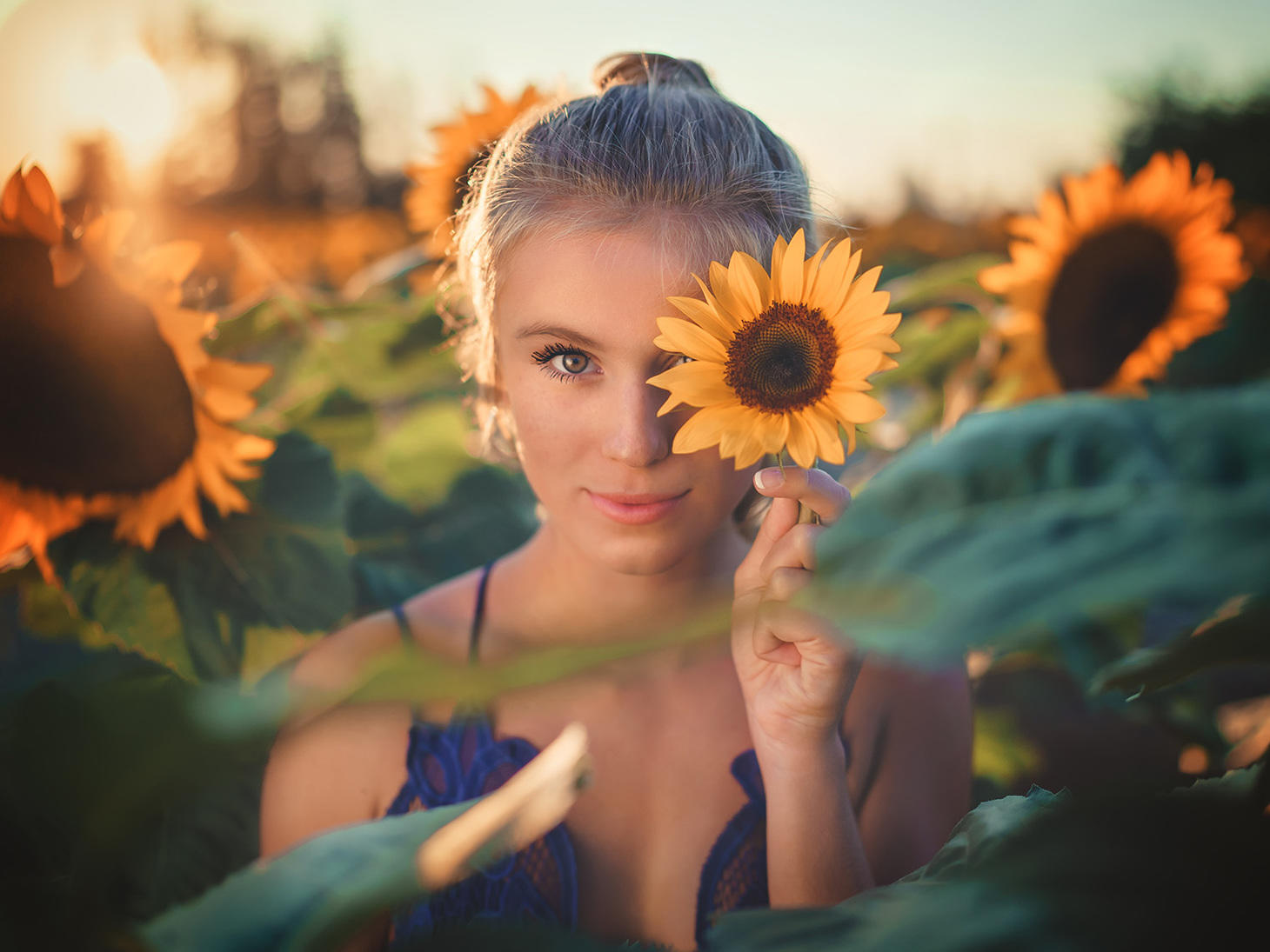 Last week we gassed up the SeniorInspire bus and pointed our wheels due east to Avon, Ohio where we met up with the owner of Studio Z, Kara Zollos! Here's what she had to say...

SeniorInspire: We met at Sync a few years ago and you run with a crazy group of ladies. Do you guys have a gang name?

Kara Zollos: Kara - Yes!! There’s 8 of us, all photographers, in our group and we call ourselves the Boss Babes! Even though we’re all from different states we still text as a group every single day. If I’m busy throughout any given day, I’ll literally have text notifications numbering in the hundreds, LOL! They’re the best friends & best support system I could ever imagine, so no doubt,

SI: Interesting! I'm part of a group of 8 guys and we call ourselves the Diamond Dudes... but we never talk.

What I really want to know is if you got into a fight, which of the Boss Babes would be the first one jumping in?

KZ: I think they would ALL have my back! My unfortunate opponent would be unleashing the pack, LOL! However, I have to say I would probably expect Mama Bear Wendy from Studio E to be leading the charge! 🤣

SI: Not sure if this is a sensitive topic, but look, neither of us are tall people. What are some of the disadvantages or advantages of being a not tall photographer?

KZ: , I can’t deny it…at 5’2” I’m a shortie! As a photographer it definitely has its pros & cons. I think the main issue is always needing something to stand on if you want to shoot from a higher angle. You always need to have a stepladder or always be looking for things to stand on. If you don’t have any of those at your disposal, well then you just have to get creative with your posing instead. I suppose that would be my only real complaint. Although sometimes it would be nice to at least be as tall as a few of my seniors... LOL! BUT…the plus side to this is that I can always fit into small spaces…which not everyone can do, right?! Especially when you’re pretty flexible. This always comes in handy when shooting in abandoned buildings, or really anywhere with tight spaces.

SI: Which of these do you like least? Sales, retouching, packaging or marketing?

KZ: Retouching for sure! I now have the early signs of carpal tunnel so that might be an issue I’ll have to work around down the road. I do outsource for all of my clean edits, but I do always go over them all again myself to tweak them to my style and add any artistic edits needed, so outsourcing for me doesn’t mean I’m in the clear. I’m always excited to edit and post those first few sneak peeks (especially if I’m excited about the shoot), but if I’m being totally honest, I always seem to run out of excitement for the long haul! Most of my orders contain albums of 20-50 images and I have to REALLY make myself focus... LOL! In my mind I’m ready to jump to next fun thing! I’m gonna guess that this isn’t unlike A LOT of photographers out there!

SI: What's the most ridiculous thing someone tricked you into believing?

KZ: So, I have this sister-in-law who’s always been my partner-in-crime for so many wacky things over the years. One day we were at the store and saw these home eyebrow waxing kits. I did NOT want to try it. I argued that it would hurt if you don’t know what you’re doing, but I let her talk me into getting one of these kits and we were both going to go back to her house and try it. Not only did I let her talk me into going along with it by telling me that these kits are supposed to be painless, but THEN I let her talk me into going first! So, she applied the wax and the strip and when she ripped it off it was like you just set fire to my eyebrow and apparently took a couple layers of skin along with it!!! Apparently yes, there IS in fact a technique to this! So, I was screaming, and she was trying not to laugh but regardless she was laughing so hard she was crying! I refused to let her do the other one, so there I was, completely asymmetrical with one overgrown eyebrow and one thin, weirdly shaped, bleeding eyebrow!! Later I just had to pluck them to try to get them to match. And after all of that, my sister-in-law wouldn’t let me get anywhere near her with that kit!

KZ: Oh man…this is a tough one! As a music person, asking me to pick one favorite song of all time is impossible! I’ll try my best, but I may or may not cheat and list more than one, LOL!

For worst song I would have to say Barbie Girl just based on the pure annoyance factor! But I could also say Macarena, and this is because back before I did photography full time, I worked with kindergarteners. When it was too cold outside for recess, or raining, we would have “Walk-Arena” where the kids would walk in a huge circle around the gym to music. We would have to listen the Macarena song 3 times a day, EVERY day for most of the winter! Yep, say no more, right??

Best Song is the hard part because it so depends on my mood, and also what time period I’m in the mood for! I like 70’s, 80’s, 90’s and lots of early 2000’s and current! Everything from Pink Floyd to Lizzo! I guess for the sake of making this short, I’ll pick “Fake You Out” by Twenty One Pilots because it’s such a fun song!

SI: Christmas is right around the corner. What's something photography related you're hoping to find under your tree?

KZ: Oh this is an easy one! The Sony G-Master 70-200 mm lens because it’s the only main lens left that I still need since my switch to Sony mirrorless. Another lens I’ve heard great things about is the Tamron 70-180! I’ve been hearing that it’s a super fast lens that’s supposed to have amazing sharpness & bokeh. It’s a much less expensive lens than the Sony 70-200 and much lighter weight. I’ve never owned a Tamron lens, but I have to say I’m drawn to the light weight as opposed to the 70-200 which is a beast! So, if Santa surprised me with either one, I’ll be a happy camper!

SI: OK, that's all I have. Thanks for sitting down with us. I have a feeling Santa's going to be good to you this year... or maybe bring you a few more of those eyebrow kits. Good luck!

Just a few more weeks left in this miserable excuse for a year. But for those of you who want to relive it, here's a fantastic look back with some incredible photos from the NY Times.