We've got a great issue for a change, so let's get right into it!

The best thing I did for my business last year was sign up for a group texting service.

It's not new that teens prefer texting over email... A LOT! But did you know that more and more adults prefer companies who use text messaging too?

With that in mind, it's not surprising that the response rate to my emails has been dropping like a rock!

I'm sure you've all experienced this... You get a promising lead via email and IMMEDIATELY reply. Two days later you send another email. Are they ignoring you? Do they now think you're a creep? Did your email go to spam?

For a hot minute you think about calling them, but the reality is no one answers their damn phone anymore.

Lightbulb goes off! You send a quick text and BOOM! They answer in two minutes...

That's why these days all of the info request forms I have spread around the internet have a spot for a cell number. That way when I have to send an email, I always send a text as well to tell them to look for my email. It's crazy, but it works!

Which brings me to my texting service. I have a giant model rep program and communicating with all of them is not always easy. Having a group texting service has made it super easy to send out mass communications to my teams, their Moms and even my list of prospects.

And my response rates have gone through the roof!

There are a lot of services out there, but the one I use is Textedly. They were a little cheaper than some of the others, but still had all the bells and whistles you need - things like scheduling, tagging and auto-responders.

They have a free trial version you can check out and if you end up buying through my affiliate link we'll each get 5,000 bonus texts!

Pro Tip - when I signed up with Textedly last year they gave me 50,000 free texts for purchasing an annual plan up front. Not sure if they're still offering that deal, but definitely worth asking. 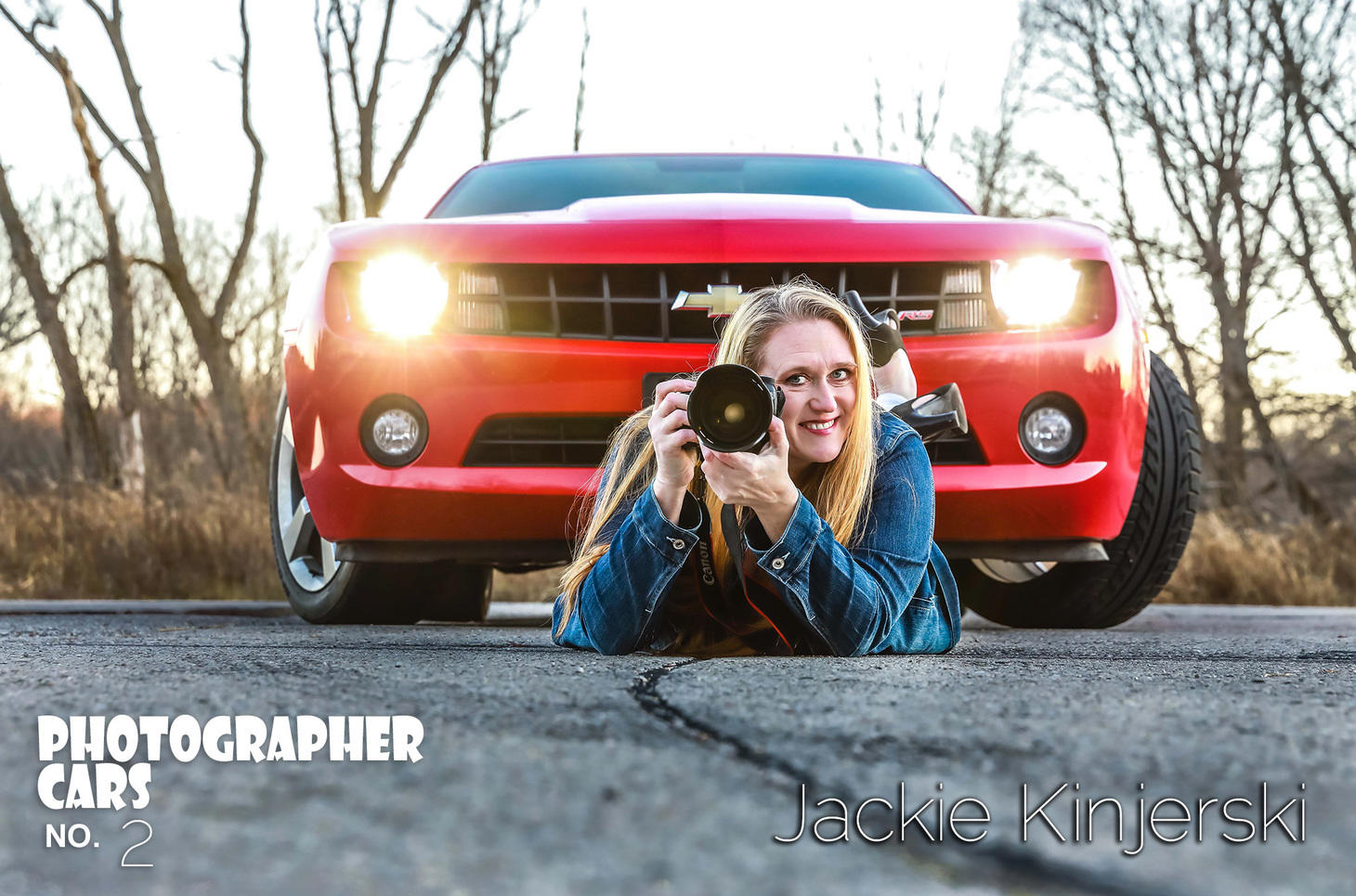 One of the things Jackie Kinjerski remembers fondly about growing up, were the many stories her father used to tell her about the 1968 Camaro he had as a teenager.

So many stories that Jackie spent her youth longing for a Camaro of her own!

And then one day, she did something smart!

So Jackie set out, criss-crossing the country attending one educational event after another. And despite a few setbacks she continued to push and innovate to get her business where she wanted it!

And in the end, did she raise the cash? Did she get her dream Camaro?

LOL. Just kidding. Of course she did! That's a photo of her with her cherry red ride at the top of this story!

And does she love her Camaro as much as she thought she would? Again, of course she does! And according to Jackie, "it has come in helpful many, many times during a session." Especially with senior boys who tend to warm up when they start talking about the dreamy red Camaro. 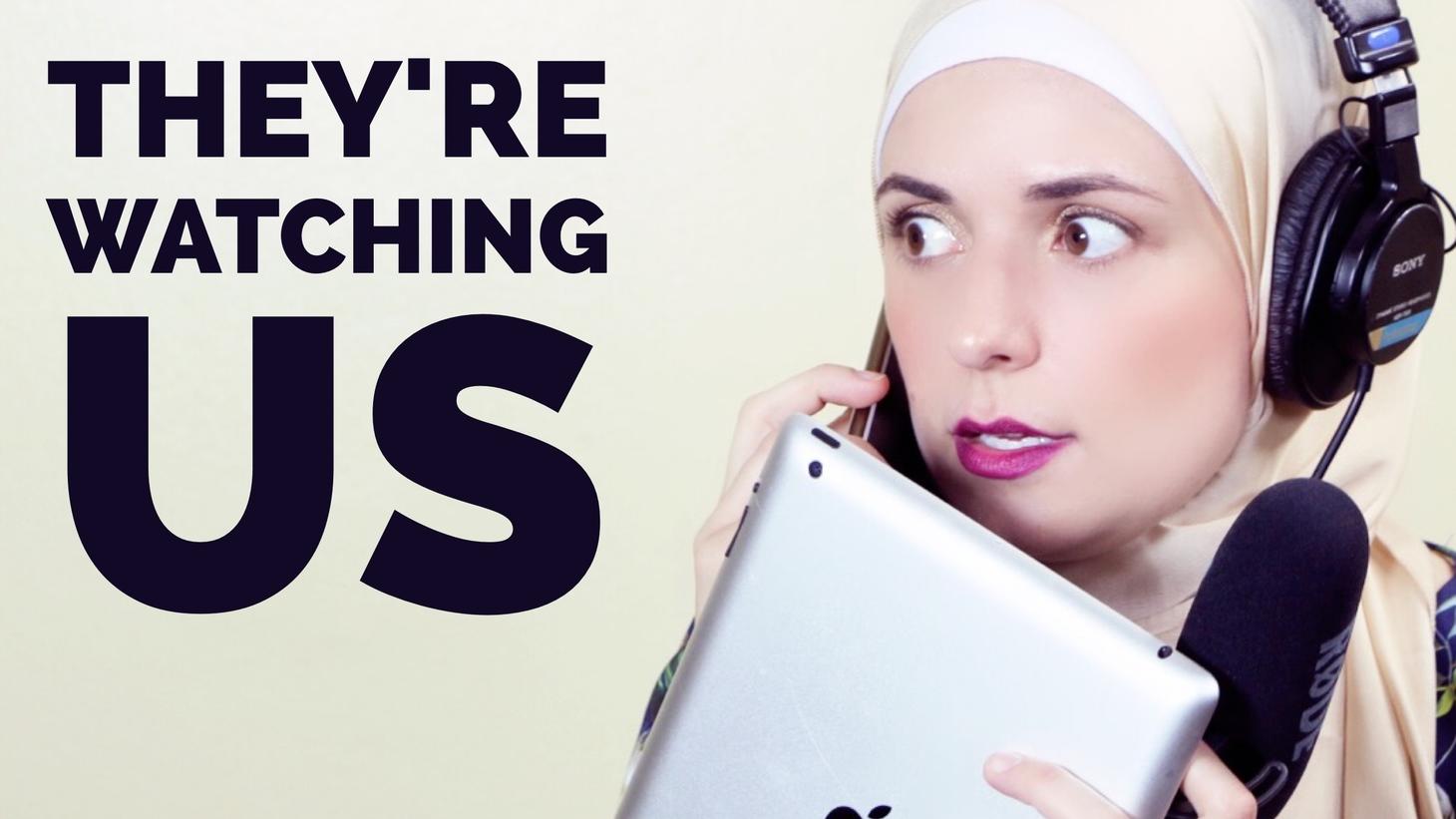 If you aren’t paying for a product, you are the product.

If you're one of our tens of subscribers who hasn't seen The Social Dilemma on Netflix, then the title of this article may not sound familiar. But if you watched the documentary in horror like I did, then you know one of the key takes-aways was that there's no such thing as a free lunch.

The reason a big chunk of the internet is free is because the data they're collecting on you is way more valuable than the few coins you'd be willing to fork over for their service.

And Google, the seemingly harmless search engine may be one of the worst offenders!

Ever wonder why they provide us with so many great analytic tools, completely for free? It's because if you set up Google Analytics, they too can track your web visitors... probably more than you actually do!

Check out this eye opening piece from podcaster Corbett Barr about Google Analytics.

In his post Corbett explains exactly why Google is so insidious and describes his plans to go cookie and tracker free. He even mentions a Google Analytics replacement - Fathom Analytics that sounds interesting (but actually costs money).

I have no idea how viable his solution or Fathom Analytics is, but it's something well worth thinking about these days... 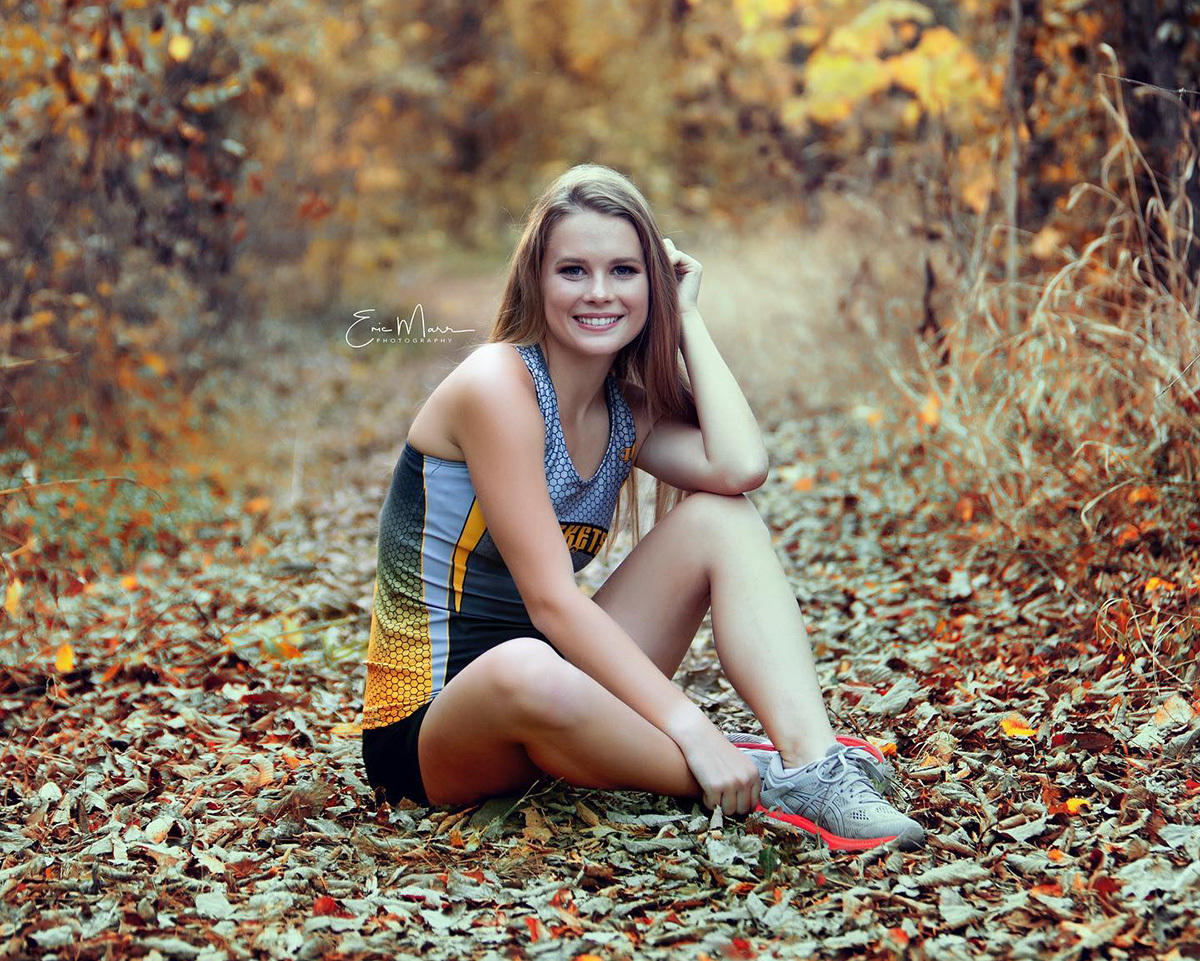 Turning over every stone with Eric Marr

Last week we had a chance to sit down with possibly one of the nicest people in photography, Eric Marr. Eric was in a talkative mood and did not hold back. Here's our convo...

SeniorInspire Looking at your Facebook profile I see that besides being a photographer, you're a Paraeducator at a high school. I have no idea what that is.

EM I was a paraeducator up until October, when after nearly 17 years I decided to change my daytime career. A para, for short, is someone who works in the special education department of a school. I would go to different classes and help students that needed assistance in order to succeed. This ranged from minor learning deficits, behavior problems, and focus issues all the way to students identified with Downs Syndrome, Autism, and even a few blind students. Now after my career change I am the office professional for the K-state Research and Extension, Wildcat District Youth and Development. I have been able to use my creativity as an artist in this new position on a few different social media campaigns promoting things like 4-H and other projects that we as a district are working on. I have only been here just under two months, but am loving it so far!

SI What's your origin story as far as photography goes?

EM Ohhh okay… Well I always remember having some type of camera with me growing up. When I was young, like really young, I remember having a little 110 film camera that you would click the film into and it actually made the rest of the body of the camera.

EM YES, I am old enough to remember 110 film… or film for that matter. LOL. I also had this bright orange Ninja Turtle 110 camera that had a little transparent turtle in the corner that when you took a photo the turtle showed up. It was kind of like a time stamp, but only a Ninja Turtle. BUT, if I had to say what really set me on my path of loving photography would be my freshman year of high school, when I took a yearbook photography class. After that I was hooked! I served on the photography crew all four years of high school, and applied for several scholarships with my photography until settling on a local community college. Fast forward a few years and a photographer that knew I was interested in photography called me up needed some help and BOOM I was in the industry. Went to a small workshop of Jeff Dachowski's and things clicked back into place. I worked for her for around six years, until we parted ways and then I eventually bought her equipment after she closed shop.

SI Funny, it was a Jeff Dachowski workshop that really made things click for me too. That guy get's around! So, what's a talent you have that brings you the most joy?

EM Ohh wow… It is hard to talk about myself in this way because for so long I felt that I really wasn’t talented enough to even say I had talent. I couldn’t sing, even though I enjoyed it, I can’t dance, and I sure can’t draw! I guess the talent that brings me the most joy would be the fact that as a photographer I get to make people feel good about themselves. I had a female client this year who came in and was pretty comfortable, and when she left her mom sent the text that we all love to get… You know the one, “Thank you so much, today was such an incredible experience. I can see how much my daughter loved her time shooting with you today and your session together boosted her confidence even. She is on cloud 9 right now… Thank you again.” I loved hearing that! I think that is one of the most important reasons we do what we do. I guess I have a big passion to encourage girls to be confident in themselves and not settle for someone else telling them what beauty is.

SI And what's a talent you have that's of little use to you?

EM A talent that I have that brings me little use…. ummmm…I really don’t know… I used to throw pottery in high school but after I graduated high school there really was no way to continue that. It is something that I enjoy doing, but just do not have the opportunity to do.

SI OK, I'm giving you the power to rid the world of one flavor of jelly bean. Which one are you getting rid of?

EM While I would like to say black licorice would be the go to on this one, there are some that are FAR worse! I don’t know if you have played it, or heard of it, but that Beanboozeled game they made with JellyBellies and then the bad flavors that look the same… you know that game?? I don’t know what evil person would make this flavor up and what circle of hell that they came from but… the flavor I would get rid of would most definitely be…. ROTTEN EGG!! I have never turned more shades of green in my life!

SI Which do you prefer? Cats or Dogs?

EM DOGS!! I have a 4 year old red heeler named Deakon, who is possibly the real life Tasmanian Devil… you remember the Looney Toons tornado guy… yeah, that is my dog! While he is crazy and full of energy all the time I kind of have to smile when he kisses my ears to wake me up, or jumps up to give me a hug. I mean I tried to have an inside cat once. I woke up to it staring at me like I could be its next meal and was over the idea of owning a cat really fast!

SIIf you won a million dollars, what's the one thing you would buy first?

EM I would buy my mom a new house, then a camera, and a new studio building… then I would invest that stuff quick, fast, and in a hurry. I am so bad with money that I would probably send it up in a matter of months… Get it away from me and just let me have some interest as allowance and I will be good! I always said I just want enough money to do things on a whim, like take my friends to Australia, go see my crew (#canoncf5), just things to make memories. I would like that a lot.

And with that the sun began to set on another day. We said our goodbyes to Eric, bumping elbows the corona way, jumped in our jet and booked it back to SeniorInspire HQ.

That's it for this week! Hope you're all having a very productive off season or very profitable busy season, whichever the case may be.