This issue of SeniorInspire the newsletter is going to be a little shorter than normal just because of everything that's happened since our last edition!

Thanksgiving 2020 style? Done! Though I still found myself somehow stuck in the Zoom box next to Uncle Bernard who only wanted to talk politics while I was trying to discuss the latest episode of The Undoing

Black Friday? Got a few records and a plugin for WordPress that doesn't do what I want. But the important thing is I got through it with minimal damage to my wallet.

And as I write this today, it's something called Cyber Monday... a relatively new phenomenon created because gorging yourself on turkey and emptying your wallet the next day just isn't enough. Personally I choose to ignore this one... unless of course a really good deal pops up between now and midnight!

How about you? Did you survive? 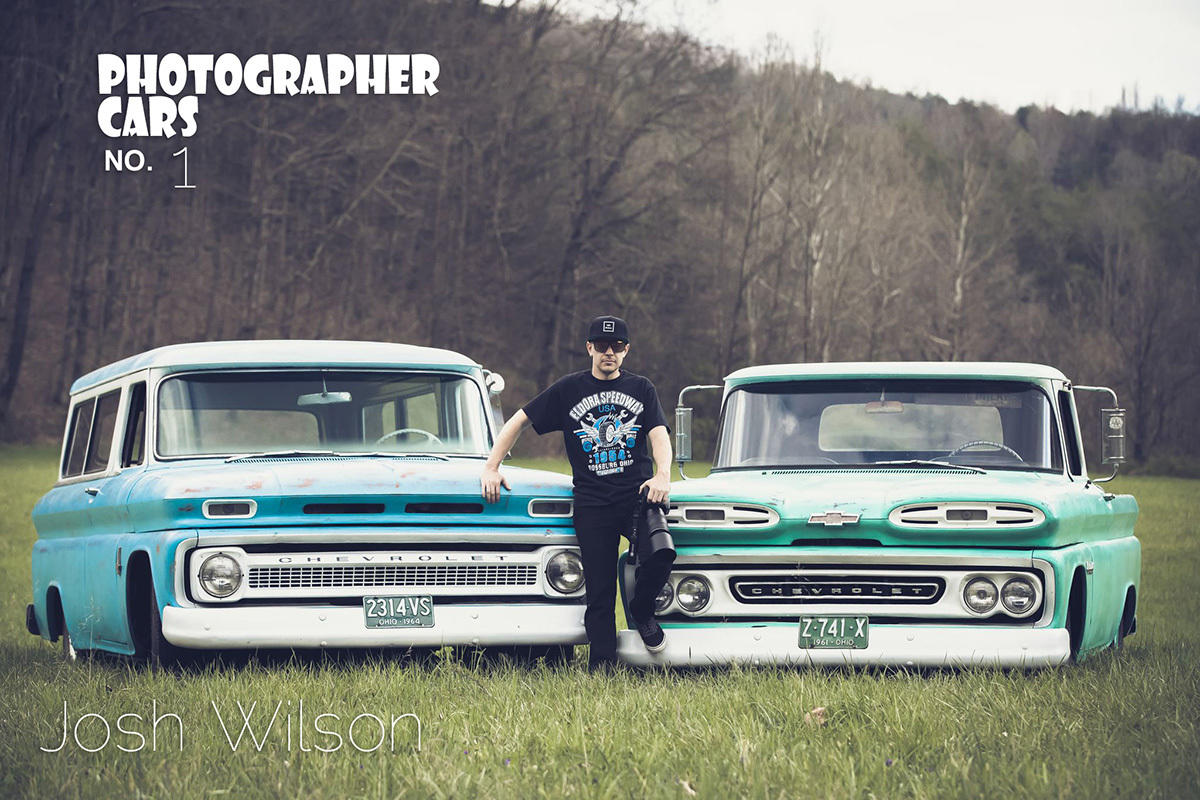 And love them he did... at least until he met photography and started stepping out on those old automobiles, spending more and more time with his young cameras.

Then one morning after a particularly late night shooting, his old Chevy was having some trouble getting revved up and Josh knew things were changing between the two of them. That's when it hit him! That's when he knew he had to bring his two loves together!

Now it's common to see Josh driving to sessions in either his '61 Chevy pickup or his '64 Chevy Suburban. People line the street, craning to see those old trucks drive by.

And if you ask his clients, they love it! They ask questions about the old trucks and love to be photographed with them! "They're an awesome prop", says Josh!

Yes Josh, they are! 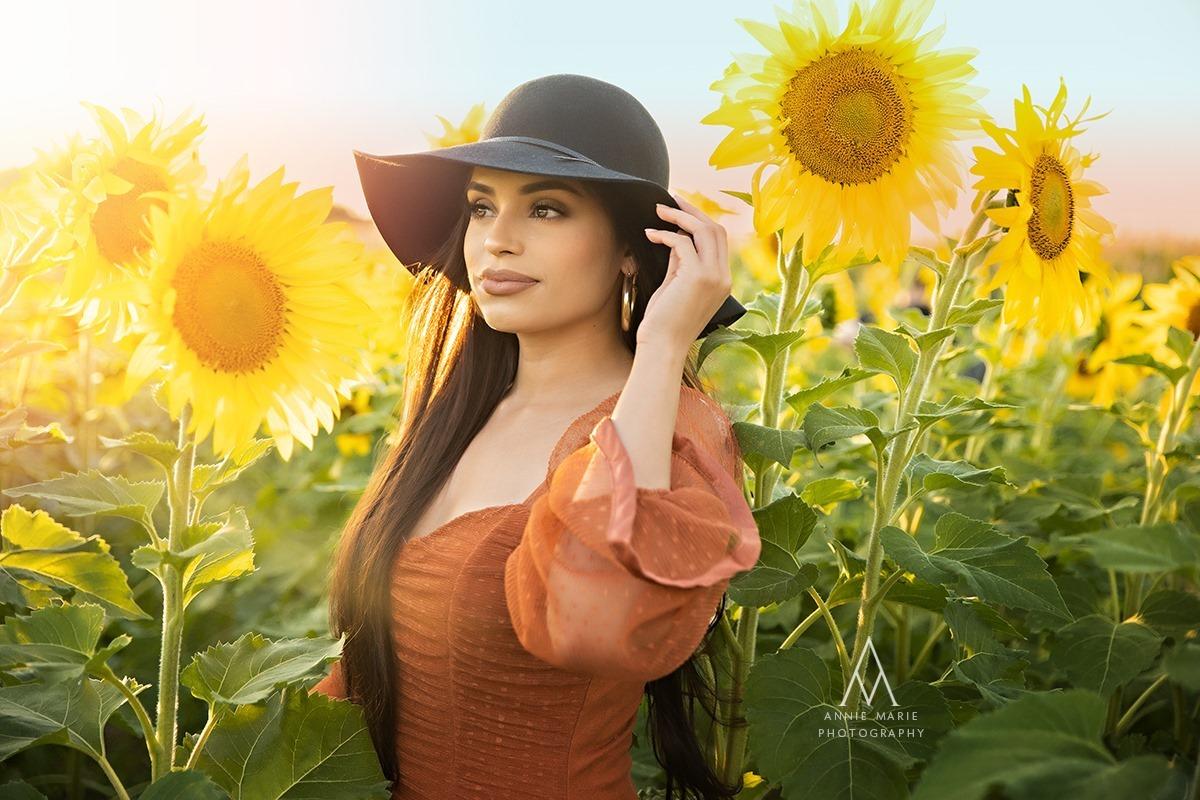 Annie Marie is a Minneapolis photographer and graphic designer extraordinaire. She's won numerous awards for her photography and is someone you definitely want to follow on Instagram.

We flew the SeniorInspire private jet into Minnesota last week for this quick interview with Annie. It was cold up there!

SeniorInspire: You're like Cher to me - I have no idea what your last name is.

Annie Marie: WOW... Cher! I was kinda feeling Madonna but I will take Cher. I like to keep the mystery but if you really want to know.... it's Lang.

SI: I know it gets cold up here in Minnesota. What's the coldest weather you've seen?

AML: We DO have the cold but probably not the wind you get in Chitown. I think I have seen like over 20 below zero or maybe more. But my toes don't go out of the door on those days! We just had snow in mid October and now that I actually WANT snow... there is nothing. I love the snow!

SI: Which came first for you? Graphic design or photography?

AML: Hmmm.... well.... I grew up with my dad being a photographer... we had a darkroom in our house, so I sort of grew up with a camera in my hand. However, I went to school and got my degree in Grahpic Design. I moved to Guatemala before I could even get a job with it and started photography as soon as I moved back. So now I blended the two. So you tell me.... which came first?

SI: I'm gonna say photography since you literally did it first. 🤣
What was it like winning the SYNC Photographer of the year award in March?

SI: Are you secrectly hoping SYNC gets cancelled so you can retain your Photographer of the Year crown?

AML: I would NEVER want SYNC to be cancelled... I am polishing my crown as we speak so I can put it right back on my head.

SI: When photographing seniors, which do you prefer? Low angles or high angles?

AML: I like tri-angles. Actually I don't prefer one angle over the other... depends on the subject and what idea we want to capture. I am still a believer that high angles flatter the gals but the low angles give a feeling of power. I like to mix it up.

SI: What game are you great at?

AML: Oh I LOVE game nights! I wouldn't say I am great at anything... maybe Pictionary cuz I can at least draw a decent stick figure. 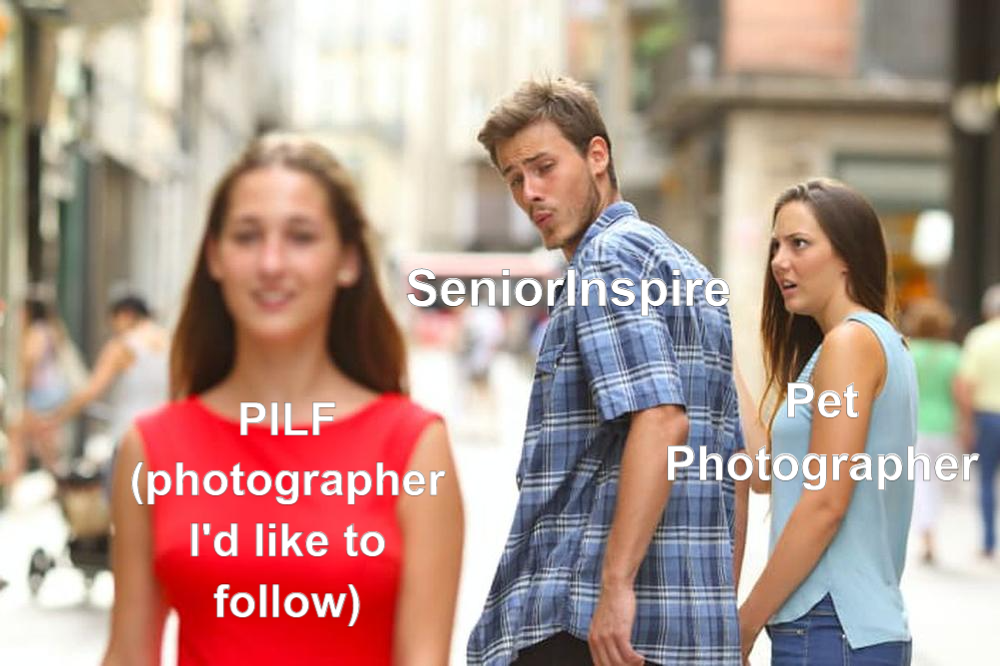 If you're a member of the SeniorInspire Facebook Group (and you like to read) you probably already know this...

I've finally got some dates for our year end contest!

In order to not overlap with some of the other year end contests out there, I'm pushing the start date for our Photographers I'd Like to Follow contest back to December 28th with a January 29th deadline to submit.

Here are some other changes to watch for in this year's contest...