This is the time of year when business picks up again and I come to grips with the fact I haven't finished everything I wanted to get done during my slow season.

My rep team is raring to go and at least the calendar is saying it will be warmer soon. Won't be long before I'm up to my eyeballs in sessions and piles of photos to retouch (knocks on wood).

One more year without even attempting that killer personal project every photographer is supposed to yearn for.

Only I never yearn... I'm just too busy.

But if I ever find time for a personal photography project, this is the project I'd love to take on. Both behind and in front of the camera!

Putting all that aside, the one thing I did get done during my slow season was the creation of this newsletter. And as we release our 17th issue, I hope you're finding them entertaining and maybe a little informative.

If you're enjoying it or have any ideas for future newsletters, I'd love to hear from you. Hit reply and let me know.

And if you're not a fan, I'd still like to hear from you. Hit reply and let me know what I can be doing better.

Seriously, let me have it... and enjoy the issue!

There are two types of people in this world. People who keep to do lists and people who are unorganized.

And over the years I've tried lots of different types of to do lists, but I always come back to Toodledo, an online to do list that is as simple as it is intuitive.

There's a free version of Toodledo that's plenty good, but I pay them $36 a year for an upgraded version with a few extra bells and whistles that make me feel cool.

I've been using Toodledo for more than a decade now and when I say EVERYTHING goes on my to do list, I'm not kidding. If it's not on my list, it's not getting done (get your minds out of the gutter, sickos).

Then today I ran across an article from Jim Edwards... Is your to do list ruining your life?

According to Jim, the number one way to ruin your life with to do lists is to have a LONG to do list!

Hah! Seriously, it's a very good article to read if you're struggling with getting organized, but what I think Jim forgets is that every one of us is different.

I'm sure there are lots of people who get overwhelmed by long lists of things to do. But personally I look at a long list with relief, knowing nothing will slip through the cracks.

Bottom line, find an organization system that works for YOU, but definitely find SOMETHING...

By the way , if you're not familiar with Jim Edwards, he wrote a great book about copywriting that every business person should have on their shelf. Seriously, it's a good one...

Do I photograph families?

Of course I do?

These days I tell myself I only photograph seniors, but you all know how that goes.

You're at your desk minding your own business and a call comes in from a client who dropped a bunch of dough on senior photos last summer.

You're trying to remember if they have another daughter and then they ask, "Do you photograph families?"

OF COURSE I DO! When would you like to schedule?

Now if you're like me, scheduling a family session leads to lots of anxiety until that shoot date is in my rearview mirror.

But not anymore... bookmark this quick guide to simple family poses from Shootproof and you'll have all the posing ideas you'll ever need the next time a senior's family calls. 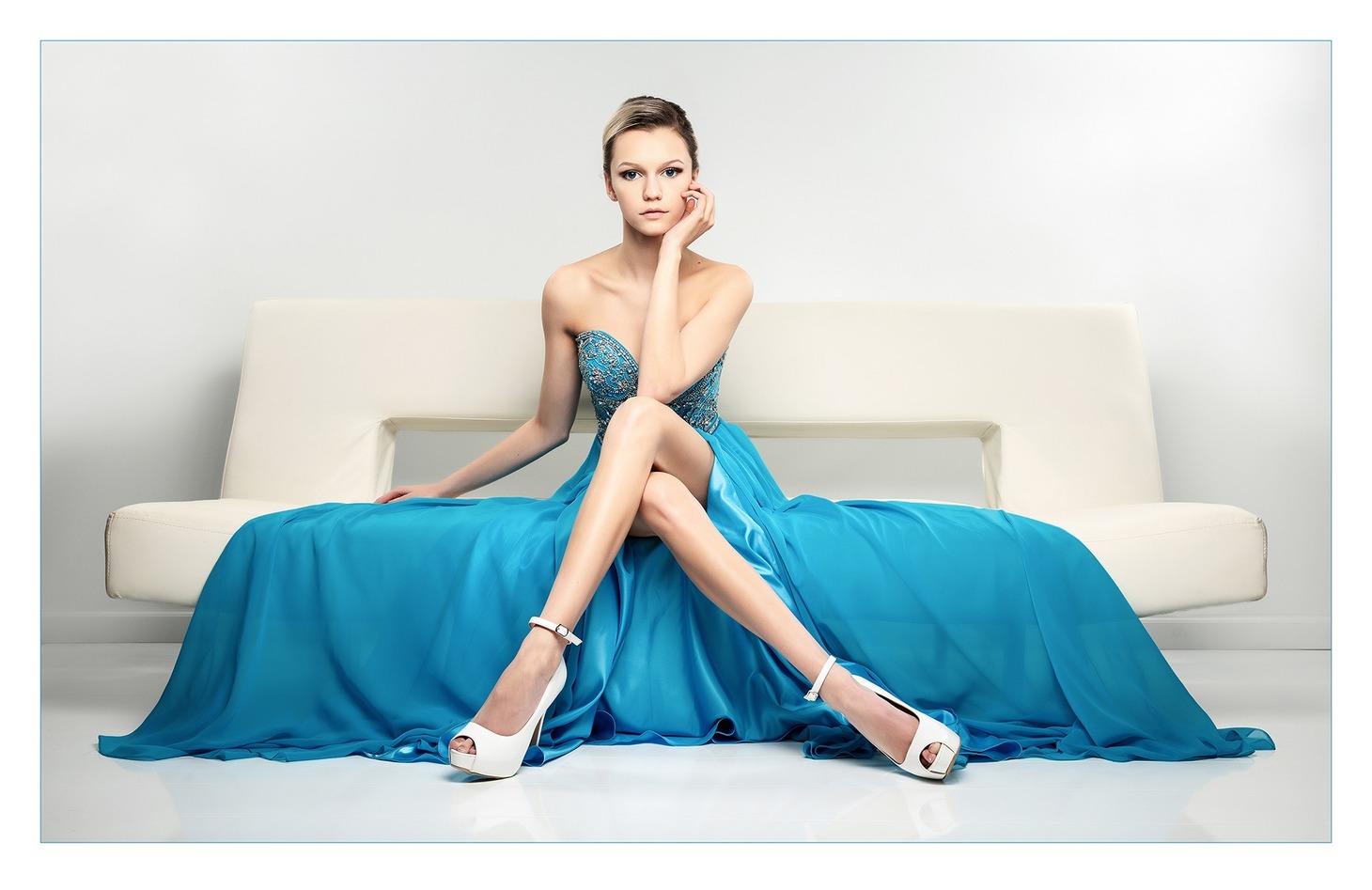 This week we had a chance to sit down with superstar photographer, David Beckham. We met over a plate of nachos at a little Mexican place called La Fogata Grill in downtown Pickerington, Ohio. Here's what we talked about...

SeniorInspire I did a little research and saw that you started your studio in 2008. How did you make the leap from soccer to photography?

David Beckham Prior to being a photographer, I was actually an engineer for 20 years, a youth pastor part time for 10 years full time for the last five of that. I started photographing seniors part time and had a small basement studio. I wanted to make sure I could handle it and that my quality of work was there before I decided if I should go full time. I really did not want to have any debt either. So, when I was sure I could handle it I made the jump. It just made more sense than trying to convince high school girls to get their senior photos taken in some guy's basement! So now I have my own studio in the middle of our village.

SI Do you feel your experience as a youth pastor helped you as a photographer?

DB My father was a preacher. Out of his four sons I was voted most likely to NOT be a pastor by me peers because of all of the trouble I got myself into. But I learned early in my life that God had given me some gifts. Working with young people is one of them. He blessed me with the ability to connect easily and gives me the words to say when I need to say them. In my twenties I was a Junior Achievement Advisor with some of my engineer friends. I coached a club softball team for 20 years too and my daughters weren’t on the team. So honestly, I fought being a youth pastor at first because I was not ordained, I wasn't a good enough person. But the opportunities fell my way and I found myself loving working with the kids at the church more than I did being an engineer. So that made sense. The other gifts God gave me were the ability to use a camera and see the art before I hit the shutter and to teach. All those things have helped me to be the photographer I am.

SI Gotta ask about your hats. If you lost them all tonight could you photograph a senior without one tomorrow?

DB The hat I wear, I have two of them. I had them made because the heart was also on the logo of the club softball team I coached called the Ohio Classics. Those two hats are probably 12 years old now because I haven't coached softball in 7 years. Maybe it's like Samson's hair. If I didn't have it I couldn't do it. Two years ago at imaging I won the grand imaging award for the senior category. I asked my good friend Jessica if I should wear my hat or not, is it that formal that I should take it off. She said it was part of my brand and I said, “If Ben Shirk can wear his I can wear mine!”

SI I was fortunate enough to attend one of your workshops at SYNC a few years back and it was one of the best I've attended (and I've been to a bunch). Outside of anything I might have asked that day, what's the dumbest question anyone ever asked at one of your workshops?

DB It wasn’t a workshop, but it was the first teaching event that I ever did at a state PPA event. It went something like this:

Him: Do you use a light meter?

Me: Not since college.

Him: So you chimp.

Me: Chimp? What’s chimp? (I had never heard that word before.)

Him: You shoot, make adjustments, shoot and make more adjustments until you get it right, keeping your client waiting.

Me: (I had a feeling he was trying to embarrass me and I might have gotten a little defensive) So, instead of making a nervous client really uncomfortable by sticking a device next to her face and firing my flash I chimp. Yes, that’s what I do.

SI Are you ever tempted to hold a workshop for your local competitors and then teach them about f-stops, but backwards?

DB I teach my local competition frequently. I let anyone come to my workshops, I’m arrogant enough to think my work will always be better than theirs even after I teach them. haha!

SI Who was your childhood hero?

DB When I was really little it was Haji and Johnny Quest. In my teens it was Jimmy Page, then Barry Sanders and Bruce Springsteen. I guess they were more idols than heroes. My dad always said Super Heroes weren’t really heroes because they never risked anything. Jesus he was a hero. Now I’m inspired by so many of the young people I work with that aren’t afraid to stand up for what is right, and to give without a thought of getting anything in return.

SI What’s one song you can’t get out of your head?

DB I Think I’m Ok – Machine Gun Kelly, Yungblud and Travis Barker. Yungblud has really gotten my interest as he shares openly about his battles with drugs, alcohol, and especially sexuality. It's fun punk rock with a lot of f-bombs.

SI Who's someone you follow on social media that inspires you and not a lot of people may know about?

DB Maddie McGarvey! She is an outstanding young award winning photo journalist. Her work is phenomenal and her “why” is inspiring. I just interviewed her on the Professional Photographers of Ohio website. Check it out on the Professional Photographers of Ohio Facebook page. She has had the cover of Time Magazine, front page of the Times shoots for Washington Post, National Geographic, and a ton more. She was chosen as one of Magnums Top 30 Under 30 photographers and Emerging Talent by Getty Reportage.

SI Going to check out her work when we're done here. Can we talk a little soccer now?

I'm going to leave you with a good game suggestion because who doesn't love family game night?

My extended family LOVES game night, but lately they're a little hard to pull off with covid and all.

So last night, on a Zoom call for my sister's birthday, her daughter pulled out a game she insisted we could play over Zoom.

I had my doubts, but she was completely right!

The game is called Blank Slate. Not sure how long it's been around but it was just what we needed to avoid another hour of chitchat about how great it will be to someday be able to get together in person again.

I'm not going to go into the specifics of gameplay here, but it's fun and easy to learn. One person needs the game cards and everyone else just needs paper and pen.

So, how do we tie this into a newsletter devoted to senior photography? Simple! If you're looking for a simple, ice-breaker game to play on Zoom with your model team, this game is perfect!