Welcome to this week's edition of SeniorInspire the Newsletter!

This week we've got a whole smorgasbord of some pretty killer new features from Instagram you're not going to want to miss!

I've been updating this week's issue right up until the final minutes with new IG features... they just keep releasing new ones! Definitely be sure to check these out!

If you've been to any of the larger teaching conventions, you no doubt know Gary and more than likely have learned a ton from him.

But if you've never taken one of his classes, his enthusiasm for photography and love of teaching is not to be missed! You definitely want to check out his Facebook group and University of Box website.

Another day, another new Instagram feature -but this one may actually be extraordinarily useful for senior phtoographers!

With IG Collabs, you can now co-post with anyone else who is willing to collaborate with you.

I've already tried this on the SeniorInspire page with pretty good results. Next, I want to try it with some of my seniors with the idea that the added exposure will bring more likes and more followers to my page.

If you want to know more, check out this spiffy article from Later that goes through everything you need to know about Instagram collabs! 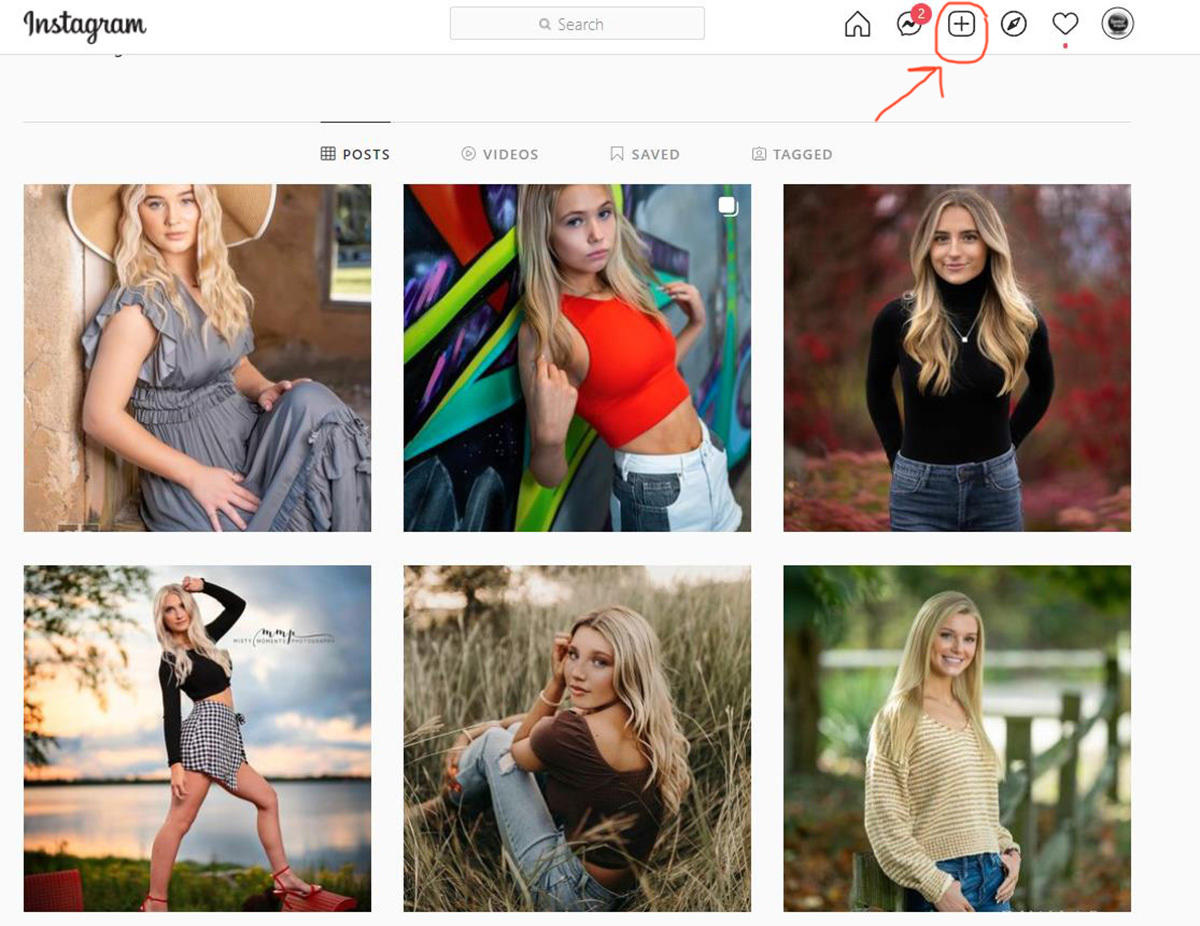 If you haven't been sleeping under a rock, you already know Instagram now allows you to post directly from your desktop!

When you're on you're desktop, just look for the plus sign at the top of your Instagram page (see the screenshot above).

Or, if you'd rather read step by step instructions, here's how.

Who says Instagram doesn't listen to its users... eventually.

Just as I was about to go to press with this week's issue, Instagram has announced ANOTHER new feature... and it's a BIG one!

EVERY Instagram account will soon have access to the Link Sticker in their Instagram Stories. So even those with less than 10K followers will now be able to add links to their IG Stories!

Check out this article from Later for all the details!

What makes you a pro?

I waste a lot of time on YouTube these days, mostly watching videos about the hobby of mine that replaced photography, vinyl records.

But yesterday I stumbled across a photography related video titled, What Pro Photographers Won't Share - How To Shoot Like A Pro.

The secret was all stuff you've heard and already know.

To sum it up quickly... If you want to shoot like a Pro, keep a cheat folder of images you like and learn to replicate the photographer's processing with your own twist.

Now, the narrator had a British accent, and I'll listen to British accents all day, any day. But what really struck me about this video and made me want to share it, was his definition of what makes someone a pro photographer.

I've seen a million Facebook debates on this and I've always been in the camp that if you charge, you're a pro.

Professional photographers are creative on demand.

I'd probably expand that a bit to say, professional photographers charge to be creative on demand. But, overall, I really like this.

It just makes sense to me... 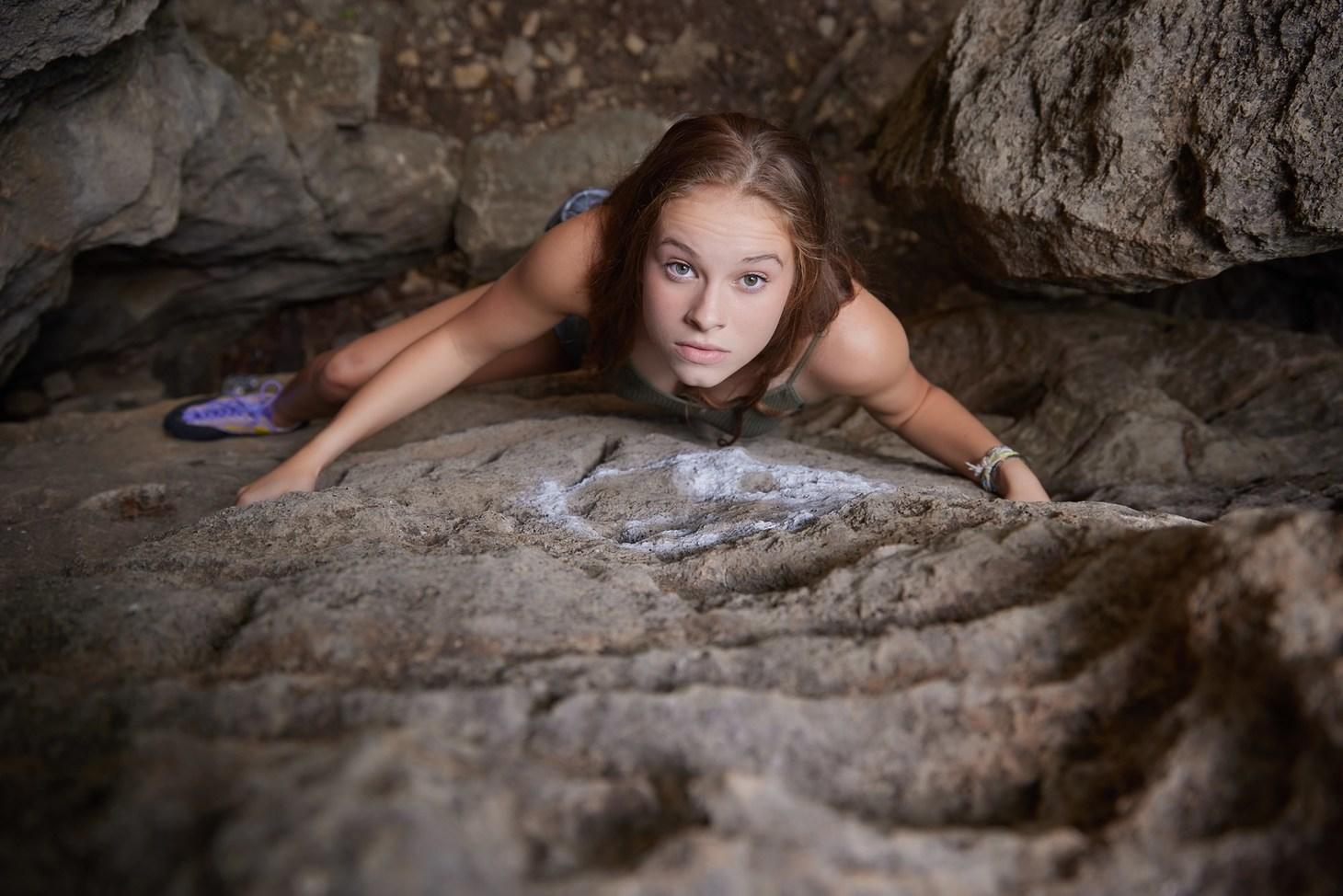 In and Out (of the box) with Gary Box

For this week's interview we gassed up the jet and pointed it towards Sapulpa, Oklahoma. And if you've ever been to Okalahoma, you know one of the only things to do there is to spend an afternoon chatting with none other than Gary Box!

SeniorInspire Hey, Gary! It's been awhile. After years of being a youngish gun in photography, how does it feel heading into your elder statesman phase?

Gary Box I was picked as one of the original six SPI Young Guns in 1996. Not many really knew me then. We were deemed "ones to watch". Somehow I've been lucky enough to have stayed around long enough to become an old fart, LOL. I absolutely love knowing how many people I have been fortunate enough to have had an influence on in the senior industry.

SI Have you made the switch to mirrorless? If you have, is there anything you're missing about DSLR's?

GB For portraits, I am loving mirrorless using the Canon R5. However, I've tried shooting sports with it, and I think my trusty 1Dx Mark II DSLR still wins for shooting sports. Not getting rid of it any time soon. No RF lenses yet. Since I have almost every EF lens made, including a lot of large and fast lenses, I am using the adapter on the R5.

SI Between workshops and your Facebook group, you get asked A LOT of questions. What's the one question you wish no one would ever ask you again?

GB I wish nobody would ever ask what question I don't want to get asked again!

GB Lol. Really, I can't think of a question that I roll my eyes at. If people are asking, they're wanting to know. I love helping them understand more, so anything is a valid question.

SI You know a lot of amazing facts about photography. What's the most obscure photography related thing you know?

SI What’s something photography related you bought that was expensive, but totally worth it?

SI What's the most cans of Mountain Dew you drank in a day?

GB Haha. I used to drink an average of 8 cans a day. I've probably done as many as 12. You wonder where my energy comes from??? Now I typically try to limit it to 3 or 4 a day

SI Is there a photographer or other artist you follow for inspiration?

GB There are a good number of them. Some I follow just for their sheer talent of creating images. People like Kimberly Smith, Richard Sturdevant, Erich Caparas and others. Some I follow for their business aspirations, like the Martens and the Clarks. If they can do BOTH, then I really am in awe.

SI Are you going to be hosting any workshops this year or next?

GB I will probably be doing an in studio UBOX workshop next spring, but I don't have the dates set. I also teach at Texas School for an immersive week. If you are attending ImagingUSA this coming January, I am teaching an all day pre-con class.

SI Having taken your week long class twice, I can vouch for the fact that you do love your Dew and you don't hold back anything when you're teaching. Anyone looking to up their game should go ahead and bookmark your UBox website right now and keep an eye out for the next class.

Also, if you're not one of the 13,000+ members of Gary's Inside the Box Facebook Group, stop what you're doing and get yourself joined up pronto!

That's all for now, folks! Let's do this again next week!